Blood Sugar and Diabetes: To test or not to test? 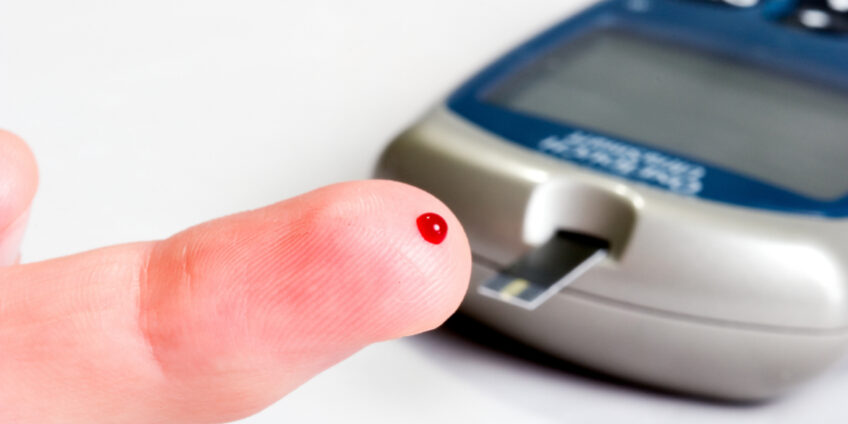 A common question that I get regarding diabetes is how many times a patient should test their blood sugar or if they should even test. While these seem like simple questions, it actually has a complex answer. Before delving into testing, it is important to understand diabetes, both the way the disease manifests and how it is treated. Diabetes has been referred to as juvenile vs adult, type I vs type II, insulin dependent vs non-insulin dependent. To make it simple, I will refer to it as insulin vs non-insulin dependent diabetes.

The body needs to be able to digest nutrients in order to function. The most basic unit is glucose. All carbohydrates will eventually be broken down into glucose or simple sugar. The body will then process this into energy. In order to take up the glucose, the body needs insulin, which is produced from the pancreas in islet cells. The body is constantly producing a low level or basal rate of insulin throughout the day. Whenever you eat food, the pancreas will produce a large amount or bolus of insulin. This will help to drive the glucose into the cells of the body where it is processed and converted to energy.

When the system fails and the glucose does not get into the cells, diabetes will occur. In type I, juvenile, or insulin dependent diabetes, the pancreas fails to produce insulin while in type II, adult or non-insulin dependent diabetes, the body produces insulin but the body is resistant to it. The resistance is caused, in part, by obesity and the failure of the body to respond to insulin. When the glucose stays in the blood and not in the cells of the body, it has to go somewhere. The first place is the kidneys and glucose will be passed into the urine when it reaches over 170 mg/dl. The glucose will be flushed out causing frequent urination, which then leads to frequent thirst. Since the cells of the body are starving for energy there will be increased hunger but also weight loss as the body is not getting the sugar into the place it needs to be for metabolism. High levels of sugar will also get deposited in the nerves and eyes leading to nerve pain and blurry vision. It also leads to poor circulation and poor wound healing.

With that basic understand of how diabetes occurs it will shape how the disease is treated and when testing should be done. If the main problem is a lack of insulin, then the solution is to give insulin. If the problem is resistance then medications, usually oral pills, need to be given to lower the resistance and make the insulin work better in the body. The goal of treatment is to try to normalize blood sugar, which is usually below 100 mg/dl. The more important measure is the Hemoglobin A1C. Red blood cells have hemoglobin and the cells live for 90 days. Anytime the blood is measured, the hemoglobin number is an average of the past 3 months as some cells will be young, others old and some in the middle. This gives a statistical average. When blood glucose attaches to Hemoglobin it becomes Hemoglobin A1C. The normal range is 4-6 which is equivalent to 60-120. Diabetes is diagnosed with an A1C above 6.5 but the goal of therapy is to keep the levels below 7.

Now to the controversial question of how often to test. In a Type I insulin dependent diabetic, it is important to have strict monitoring because insulin works quickly and the patient needs to avoid rapid drops in blood sugar or hypoglycemia, as this can be dangerous. Low blood sugar is more of a short term emergency then high blood sugar. With that being said, blood sugar testing in a Type I diabetic should be as often as four times a day or more. This would be with each meal and before bedtime, as well as with change in symptoms. The testing has to be done to know how much insulin to give and changes will occur rapidly. The Type II or non-insulin dependent diabetic has more leeway in their testing as the medications do not change the blood sugar as rapidly as insulin. One could argue that whatever blood glucose result is obtained is not going to lead to a change in medication because the decision of dosage and medication change is based on the A1C. Many studies have looked at patients testing their blood sugar frequently at home vs only having the A1C measured at the physician’s office. The results were very promising and suggested that the outcomes for those patient were equivalent or better to only having the A1C tested. It begs the question as to if a Type II or non-insulin dependent diabetic should be testing the blood sugar at all. The American College of Endocrinology still advises that all patients test the blood sugar as it may allow for more education and involvement of the disease process.

With all of that information, the answer is that a Type I or insulin dependent diabetic must test the blood sugar. That is not a question and all would agree to this point. The controversy comes in with the Type II or non-insulin dependent diabetic. The treatment regimen should be discussed with your doctor and a treatment plan decided upon. It is not wrong for a Type II or non-insulin dependent diabetic to avoid testing their blood sugar as long as they have routine medical care with a qualified physician to manage the blood sugar. If home blood glucose testing is to be done, it really does not need to be done more than once a day. Regardless, all would agree that weight loss and medications are the key to control of sugar to prevent long term complications.