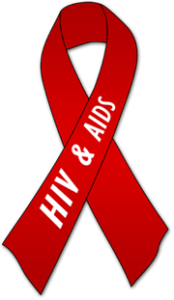 I have been a primary care physician for close to 20 years and trained in an era where HIV treatment was in its infancy. The life span of an infected individual has been extended dramatically and I have many patients in their 70’s who have been living with HIV for decades. This was almost unimaginable when HIV was first being treated. While many advances in treatment have occurred, the disease is still prevalent and we must be ever vigilant in its detection and steadfast in our support of those infected. My focus, as a primary care physician, is on the early detection and prevention of this disease. A recent CDC statement commented on the transmissibility of the virus at undetectable viral loads. The statement has been taken out of context by some groups and it is important to really understand the disease transmission, testing and identification in order to ensure safety and proper health care.

In this article, I want to talk briefly about how the disease is transmitted but focus on testing options and prevention. The disease itself is a retrovirus which is transmitted by exposure to blood and various bodily fluids. Without getting too technical, HIV exists as a RNA virus that invades a host cell and creates a strand of DNA to be inserted into the host DNA. The normal pattern is to translate DNA into RNA but HIV acts in reverse, hence the nomenclature retrovirus. The strand of DNA that is now part of the host will be a template for new viruses. This process decimates the host and, in the case of HIV, destroys the immune system and leaves the body open to many other infections. The understanding of the mechanism of transmission has allowed for multiple detection methods and treatment options.

The first strategy for HIV prevention is early detection through proper screening and testing. The CDC recommends that everyone between the ages of 13-64 should be tested at least once. Of course, anyone at risk for HIV should be tested as frequently as necessary to detect the disease. Any change in exposure, including but not limited to new sexual partners and intravenous drug use should have repeat testing. The three basic concepts for testing are nucleic acid tests that look for the virus directly, antigen testing that look for particles produced early in HIV infection and antibody testing which looks at the body’s response to the virus. Each test has certain limitations and nuances for practical application.

I want to keep this simple and straightforward as the science and technicalities can sometimes be confusing. The first concept is the window period. This is the time from onset of infection to detection of the infection. The virus invades the host and immediately starts to replicate. It can double its number within hours and lead to widespread viremia, or viral level in the blood. The infected individual is quite contagious at this point and can spread the virus to others. Symptoms of acute retro viral infection may not show up for 2 weeks and can be similar to many flu like symptoms with fever, chills, body aches, and swollen lymph nodes. The challenge in early diagnosis is that the body does not mount a response for up to 3 months. That is to say that the antibodies will not show positive in the blood for this window period yet the person is infected and contagious. The traditional Elisa (enzyme linked immunosorbent assay) works when a substance you are looking for reacts with a substance on a test strip and usually changes color; think of your standard pregnancy test.

The newer test strategy, referred to as 4th generation, tests for both the antibody and a p24 antigen that the virus produces. The window period is much shorter and can be as early as 18 days. Of course, the person still can be infected and be undetectable in that time period. If a patient tests positive for antibody or antigen then a confirmatory test is done with a nucleic acid test (NAT) or viral load. This test will measure the number of virus particles and can be positive as early as 10 days. This is a great test for measuring the current level of infection but can be expensive.

In general, first line test is 4th generation antibody/antigen with NAT as confirmatory. There are some instances where I would suggest NAT as the first test to be done. If I have a very high suspicion of infection in a person who has had a high risk exposure, I might advised NAT first. For example, a patient who has had unprotected sex with a known HIV positive partner not on any medications. Evidence exists that demonstrates starting PEP (post exposure prophylaxis) within 72 hours could prevent long term infection. The science suggests that after infection, the virus will reach a peak and then settle into a plateau level or viral set point. The earlier a patient starts treatment the better they will do. This makes early detection critical to treatment of HIV.

What has become confusing to some patients is if a test can be negative for infected patients and what does this mean. Aside from the window period, as previously discussed, a patient could have a negative NAT test result but be infected. The antibody test, once positive, will always stay positive as this reflects the body’s response to infection. A viral load can become negative with treatment. I want to see a patient on ART with a negative viral load as this reflects effectiveness of treatment. Studies have suggested that maintaining a viral load below 200 consistently while on ART effectively redeuces the risk of transmission close to zero. However, if a patient is not consistent with medication or the viral load increases, then so does transmission risk. A partner should know both the HIV status as well as viral load in order to best decide on best protective practices, such as abstinence, condoms or PrEP.

If a person is in a high risk population, then testing should be done more frequently. Any change in partner starts a new window period. It is important to keep track of partners and exposures to assess when infection may have occurred and trace back which other partners can be at risk. In other words, if a patient is exposed on day 1 and has a test 14 days later but has a different partner on day 15 then a new test is needed because the first test is not reflective of the new exposure. A more important issue is if there is an exposure to an infected patient. A negative test on day 1 means nothing if the person is exposed to HIV on day 2. Remember that the person is most contagious immediately upon new infection. The bottom line is that if you are at risk, test often and know your status, inform your partner, and take safety precautions.

COVID-9: A frontline doctor’s perspective on testing and disease prevention
April 25, 2020
Ringworm: A Fungus Among Us
March 11, 2018
PrEP: A brief review
November 7, 2017
Penile Fracture: It can really happen
July 10, 2017
PTSD (Post Traumatic Stress Disorder) : What is past is prologue
December 24, 2016
Domestic Violence: The abuse must stop.
December 21, 2016
Services
Appointment