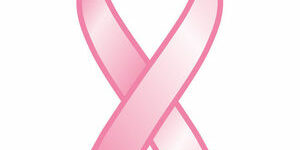 It is well known that breast cancer is a serious and widespread disease that affects as many as 200,000 women a year. What is not commonly known is that as much as 20% of these cancers are genetic. If the proper testing is done and the patient is correctly identified, the cancer can possibly be prevented. Unfortunately, a great deal of misinformation and misunderstanding exists concerning the testing. Specifically, BRCA-1 and BRCA-2 are the genes which can lead to hereditary breast and ovarian cancer (HBOC).

It is fairly easy to identify who should be tested but it is much harder to decide what to do with the results. The first step is to aggressively screen the breasts with mammograms and MRI’s alternating every 6 months, but no good screening tool exists for the ovaries. The transvaginal ultrasound and CA-125 blood test will not predict cancer or diagnose it early. Tamoxifen has been shown to slightly decrease breast cancer risk. The most definitive treatment is the hardest and certainly most emotional. Removal of both breasts and ovaries will definitely decrease cancer risk to an almost negligible level. This needs to be a well thought out decision and one that the patient is completely comfortable with. Weighing an 87% chance of cancer versus surgery is a challenging decision that should be made with the help of physicians and counselors. Regardless of the decision that needs to be made, it still does not eliminate the importance of screening and testing appropriately. Only a handful of doctors understand and routinely test for genetics. Any person who is concerned should seek appropriate physicians who are well versed in genetic testing.